The Finance Department is responsible for the accurate accounting of all receipts and disbursements of the City of Westlake, representing the City fully in all financial matters and abiding by all mandates governing proper municipal financial control.

The department records all assets and liabilities, keeps an accurate account of taxes and assessments, collects all monies for the City and makes all necessary disbursements on the city's behalf. In addition to accounts receivable and accounts payable, the Finance Department prepares payroll, records sewer billings and oversees the perpetual and physical inventories of fixed assets.

The Director of Finance is the chief fiscal officer of the City and assists the Mayor and City Council in the preparation of the City's annual budget and all other financial matters. The Director also reviews and approves all purchase orders.

The City of Westlake Receives Auditor's Award with Distinction

The Finance Department's goal continues to be to provide detailed and meaningful financial reports to our citizens.

Pictured above (left to right) is Finance Dept. Director Prashant Shah, Mayor Dennis M. Clough, and Auditor of State Dave Yost in September 2016 when the City received the Auditor of State Award with Distinction for our 2015 Comprehensive Annual Financial Report (CAFR).

Auditor of State Yost then commended the City for our commitment to accountability and efforts in maintaining clean and accurate record-keeping which he cited as the foundation for good government. 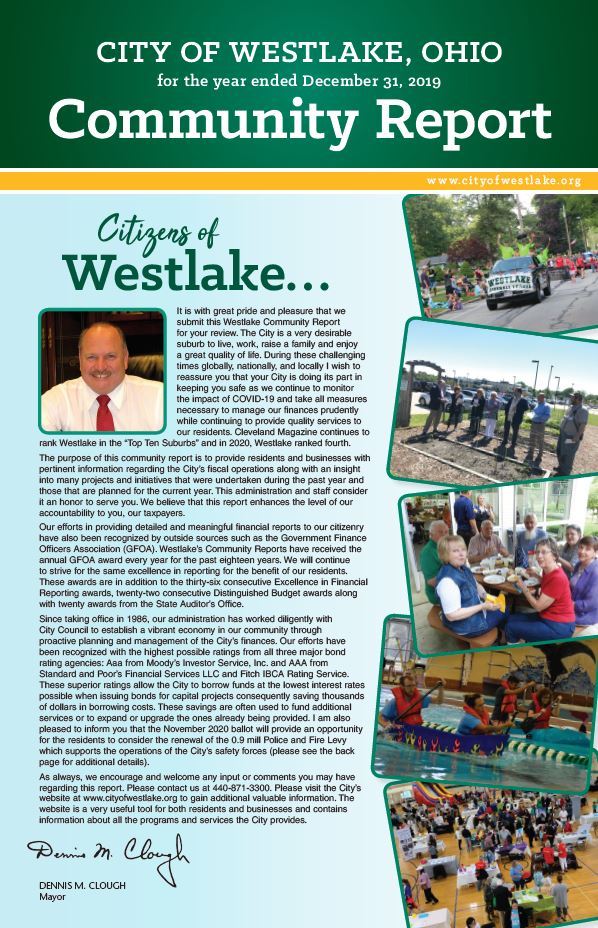