The Westlake Police Department organizes our efforts under the jurisdiction of 17 distinct department divisions ranging from Animal Control, to Dispatchers, to Narcotics Investigation. Each of our outstanding divisions is led by our trained officers and employs the resources needed to efficiently and effectively manage these areas of service. Together, each of these divisions does its part to make Westlake the safe, thriving and desirable community that we enjoy today. 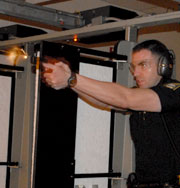