History of Government Officials in Westlake 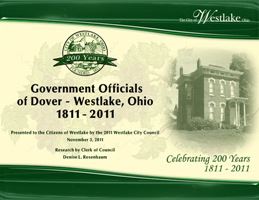 As Westlake’s bicentennial approached, our Clerk of Council, Denise L. Rosenbaum, thought a fitting contribution on behalf of City Council would be a compilation of those who served on Council. The project later expanded to include clerks, trustees and mayors. The final product, this list of Government Officials of Dover ~ Westlake, Ohio, 1811-2011, (updated by an addendum in July 2020 and a continuation of the list to date), is the culmination of her many hours of detailed research over the course of more than 18 months beginning in February of 2010. It involved phone calls, emails, Internet searches, trips to various libraries, historical societies and archives both local and county, and paging through records including Dover township trustee books, Dover ~ Westlake Village and City Council minutes and ordinances, and the Westlake City Charter. Ms. Rosenbaum also consulted county election result abstracts and ballot page scrapbooks, official bonds and oaths, newspaper archives, plat maps, history books, census records, and rosters of township and municipal officers. Some unlikely sources included accounting and road dedication ledgers, cemetery and property deeds, and chattel mortgages. As she found information and recognized patterns, the layout of the list underwent many revisions so that it flowed logically, accurately and aesthetically and showed the changes in the structure of Dover ~ Westlake’s government through the years.

While great care was taken to record accurate information, some discrepancies, spelling variations and unintentional omissions are inevitable due to the fact that, unfortunately, some records no longer exist or were not located during this project. Additionally, when original records differed from previously published information, the originals took precedence, and adjustments are reflected herein. It also must be noted that there were many other individuals who served in capacities not listed who are no less worthy of remembrance for their services throughout the last 200 years. 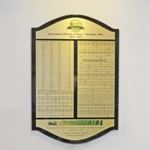 Ms. Rosenbaum is truly grateful for the assistance of co-workers, colleagues, local historians and the staff at the various facilities who helped her gather and confirm the information. Special thanks to the employees of the Westlake service department sign shop, whose expertise designed the cover of this booklet and brought to reality the beautiful and impressive granite plaque displaying this identical list and mounted in the rotunda of Westlake City Hall for all to enjoy.

Researching this project was intriguing, captivating and extremely gratifying for Ms. Rosenbaum. She considered it a privilege to have had the opportunity to compile this information both to commemorate current government officials and their predecessors and to document an essential heritage of the history of Dover ~ Westlake, Ohio.

All are encouraged to visit Westlake City Hall during normal business hours to view the plaque. A copy of the booklet is available upon request, while supplies last. Ms. Rosenbaum also created a memory book, which is mounted next to the plaque, detailing the making of the project and its associated events.

In June, 2020, Clerk of Council Denise L. Rosenbaum completed transcribing four volumes of handwritten Dover Township Trustees Records from 1831-1880, which are part of the collection at the Western Reserve Historical Society. This greatly facilitates researching these records, especially for those unable to read cursive, since the transcriptions are much easier to read, allow for quick text or name searches, and have bookmarks at meeting dates and election results where they are scattered throughout. Copies of the original records are available in the Council office at Westlake City Hall and through the city document portal on this website.
Dover Township Trustees Records Volume 1, 1831-1869

From these volumes, Ms. Rosenbaum compiled a list of Dover Township Officials 1831-1880 which supplements and clarifies some discrepancies in the list of Government Officials of Dover ~ Westlake, Ohio 1811-2011 that was published for Westlake’s bicentennial. An addendum to the latter based on these clarifications updates that list.

In an effort to preserve history and memorialize the people who have participated in Westlake’s governance, Clerk of Council Denise Rosenbaum is creating a scrapbook of pictures of those who served on Council, as a trustee or as a clerk from its beginning as Dover township in 1811 to the present. For the bicentennial, she compiled a list of Government Officials of Dover-Westlake, Ohio 1811-2011, updated by an addendum in July 2020.

If anyone has photos to contribute, please submit them either in digital form by email or as reprints to:

Your assistance will be greatly appreciated both now and for generations to come!
Nixle Alerts
City Documents
Online Payments
Employment
Report a Concern
Meeting Webcasts
[]