In 1940, Dover was renamed the Village of Westlake to avoid confusion with another community in Ohio named Dover.

The following is an excerpt from “Westlake: The Origin of the Name” by Denise L. Rosenbaum published in the November 3, 2015, edition of the Westlake-Bay Village Observer :

Most people know that the city of Westlake began as Dover township, founded as such in 1811 and possibly named for a then-known landmark, Dover Point, along the shores of Lake Erie. Dover was a popular name for communities back then – there were 17 of them according to the 1850 federal census, five of which were in Ohio.

Eventually, there were only two remaining in Ohio at the beginning of the 20th century – Dover Village (having been incorporated from the township in 1911) in Cuyahoga County, and Dover in Tuscawaras County. Even so, it created confusion for delivery purposes. Mail, and even a fire engine ordered for Dover Village, was sometimes delivered to the Dover in Tuscawaras County. As early as 1915, the United States Post Office requested that Dover Village change its name to differentiate it from the other Dover, Ohio.

Finally, by 1940, a committee had been organized, the residents agreed to change the name, a poll was taken and the Cuyahoga County Court of Common Pleas granted the new name of Westlake Village. However, the history books are silent as to where that name originated.

A Nov. 14, 1939, Plain Dealer article revealed that the choices from which residents could select a new name had been “Westlake, Clague Park, Claguewood (the first being the same name as that of the telephone exchange and the other two offered in honor of a pioneer family) and Park Ridge.” Thus, Westlake had been one of the local telephone exchanges in addition to Trinity, Spring, Edison, Orchard and others. 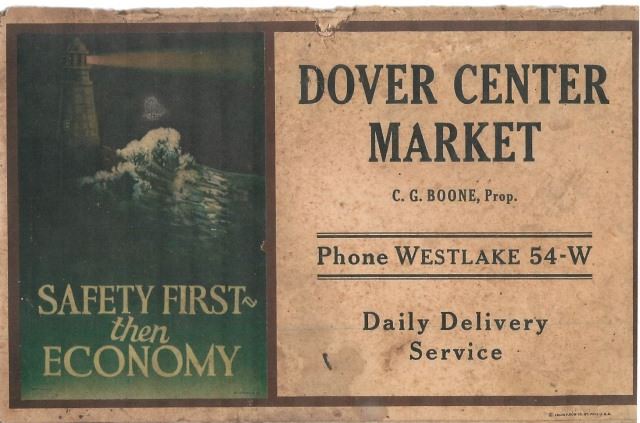 As suburbs grew after World War II, Westlake became part of this population shift. By 1950, the population of the village stood at 4,912 – twice what it had been at the turn of the century. In 1960, it had jumped to 12,906, a 162% increase over 1950.
Growth Rate
This phenomenal growth rate led to an interest in planning to shape the future of Westlake, which became a City in 1957. During the early 1960s, city officials enacted the city’s first guide plan and municipal zoning ordinances. These plans separated industry to the northern parts of the city and set aside specific areas along principal streets for commercial activity and multifamily development.
Nixle Alerts
City Documents
Online Payments
Employment
Report a Concern
Meeting Webcasts
[]