Westlake residents and visitors to the City enjoy a great variety of fun activities that bring the community together to celebrate. The specific details for each event will be updated as new information is released and also appear on the City's Main Calendar as well as the associated webpage.
View Calendar

The annual Easter Egg Hunt is at the Westlake Recreation Center at the outdoor playground area. Come early as the hunts start promptly and parking is limited.

This event is sponsored by the Westlake Town Criers Opens a New Window. with support from the Westlake Giant Eagle and the Westlake Recreation and Service Departments.


Scrambles for wrapped candy and eggs are redeemed for prizes:

The City of Westlake and the Westlake Watershed Group sponsor the annual event to raise awareness on stormwater quality issues and to promote eco-friendly products and healthy living. Residents and businesses can meet with City departments and more than thirty-five local vendors. Kid Zone will run from 11 a.m. - 2 p.m. 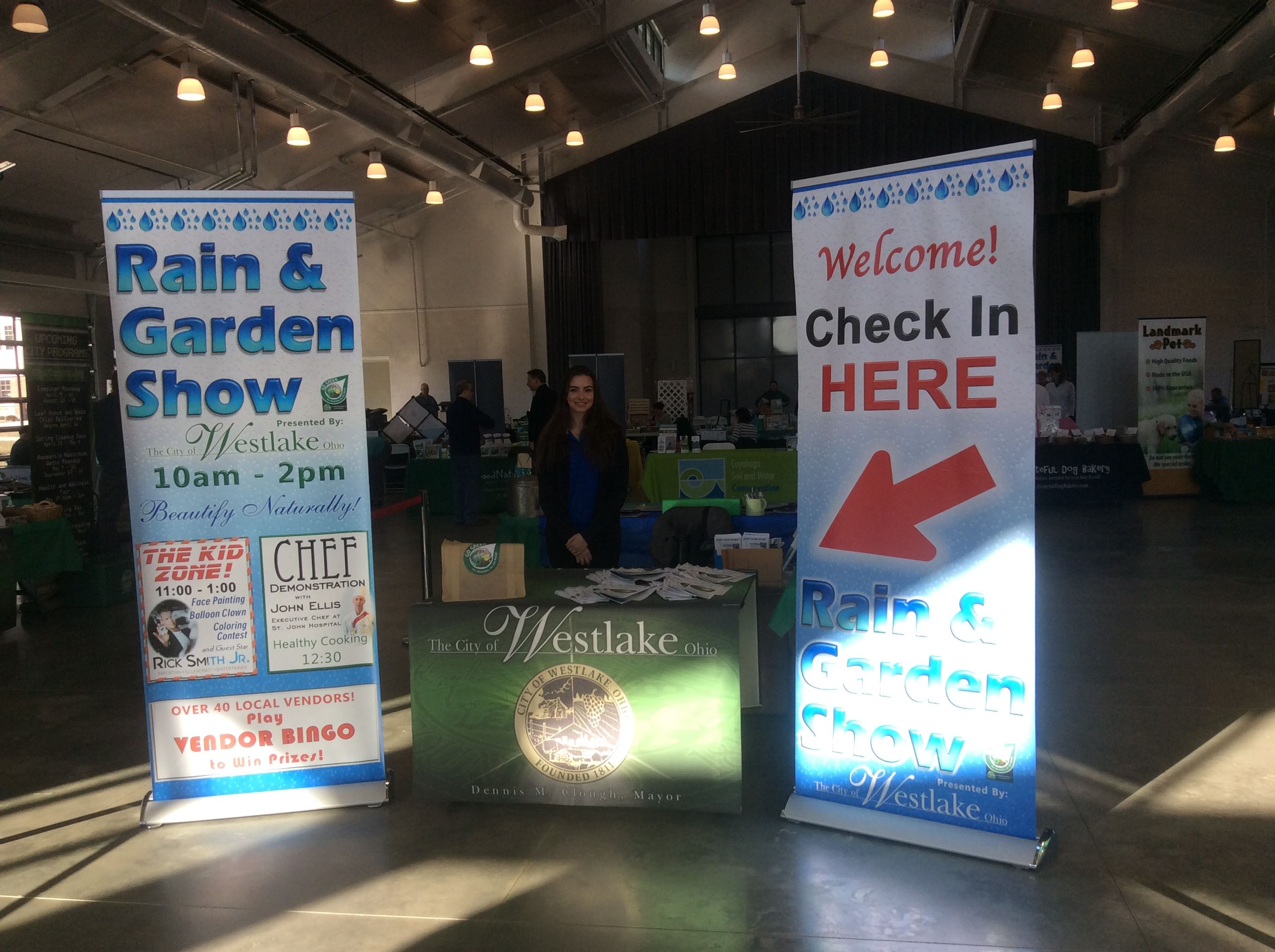 Attendees learn how to increase personal safety and wellness from more than 70 exhibitors and displays, watched live demonstrations, and receive a wide variety health screenings. Special activities for children make it a great event for families. Emergency vehicles, service trucks, and more are displayed for "Touch-a-Truck" outside of the Recreation Center.
Community Safety and Wellness Fair details
Sponsorship opportunity Opens a New Window.

The Westlake Kiwanis Club's annual Memorial Day parade is held on Memorial Day and begins at 10 a.m. Participants depart from Sts. Peter & George Coptic Orthodox Church located on Hilliard Boulevard and proceed to Clague Park. A ceremony honoring those who gave their lives in service to our country will follow. Please call Rick Grane at 440-829-0974 for information on how you or your group can be part of the parade or the service. 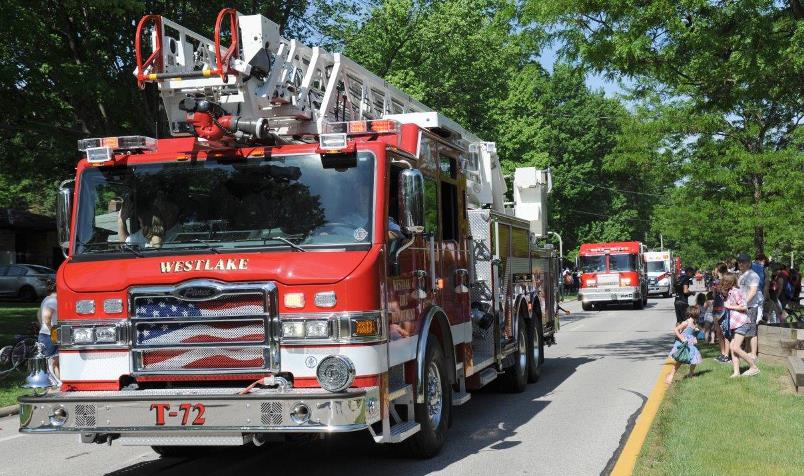 Summer Concerts in the Park

On Sunday evenings residents and visitors can enjoy the sweet sounds of music and friendly greetings at the Westlake Recreation Center Pavilion during the City of Westlake Summer Concert Series. The FREE concerts have a variety of performers appropriate for all age groups.

Westlake in Bloom is a friendly competition among residents, organizations and businesses in the Westlake community competing in categories ranging from window boxes to residential landscaping. Entries must be received by the deadline and judging typically is held within 2 weeks, weather permitting.

All entrants were invited to the awards ceremony in August. Each year, hundreds of participants compete for first, second and third place awards.  Special efforts are recognized with Awards of Distinction.
Learn more about Westlake in Bloom 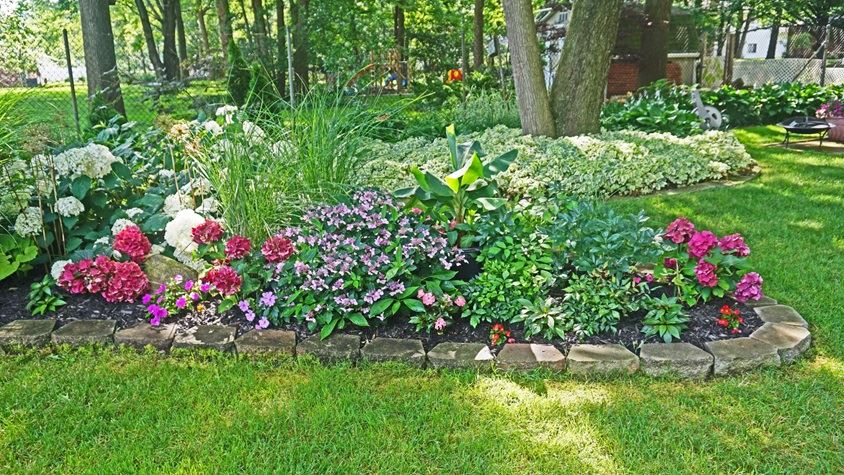 The Westlake Corporate Challenge will be held July 28-30 and August 4-6, 2020 with more than 25 events planned for participating teams from Westlake businesses. Each one will be filled with fun, excitement, laughter and team building.

Please contact Bob DeMinico at 440-808-5700 for information on how your company can field a team.
Westlake Corporate Challenge details
Sponsorship Opportunity 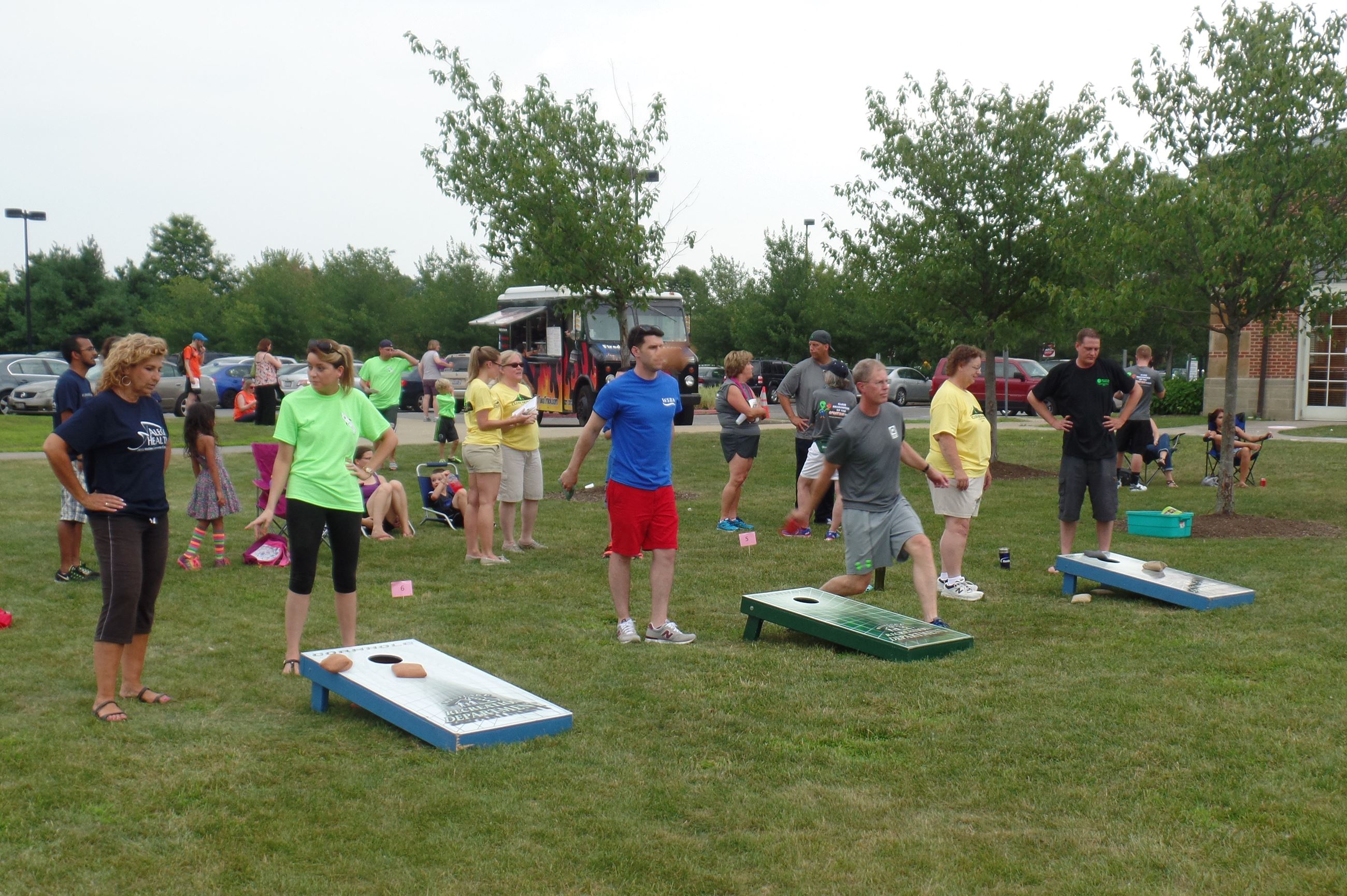 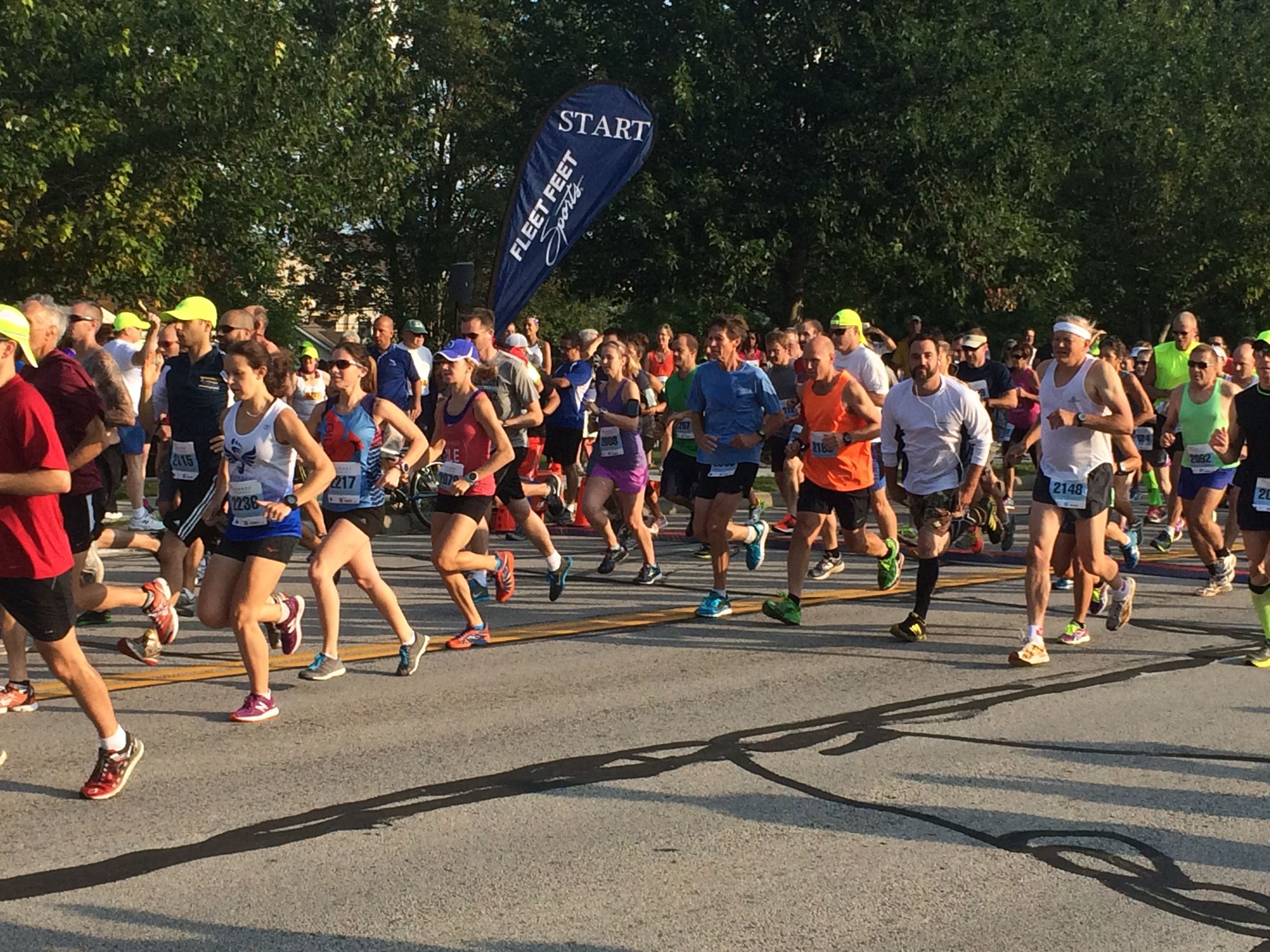 The following annual remembrances are open to the public. Other events may also be held in the city.

The Westlake Historical Society invites the public to join them at Christina Sunga Ryook's gravesite for this annual ceremony. In 2018, a memorial bench and plaque was dedicated to honor all the victims of the 2001 attacks.

The former Westlake student had been at work in the North Tower of the World Trade Center when the plane struck the building during the attack.
Read about Christina Sunga Ryook Opens a New Window.

This annual fun filled family festival will be held on a Saturday in September or October (TBD) at the Westlake Recreation Center for children ages 9 and younger and parents have to be present. It includes a pumpkin hunt, face painting, hay rides, inflatables, refreshments, food trucks, and much more.

It's a FREE community event. Participation in the pumpkin hunt is limited; preregistration is required. 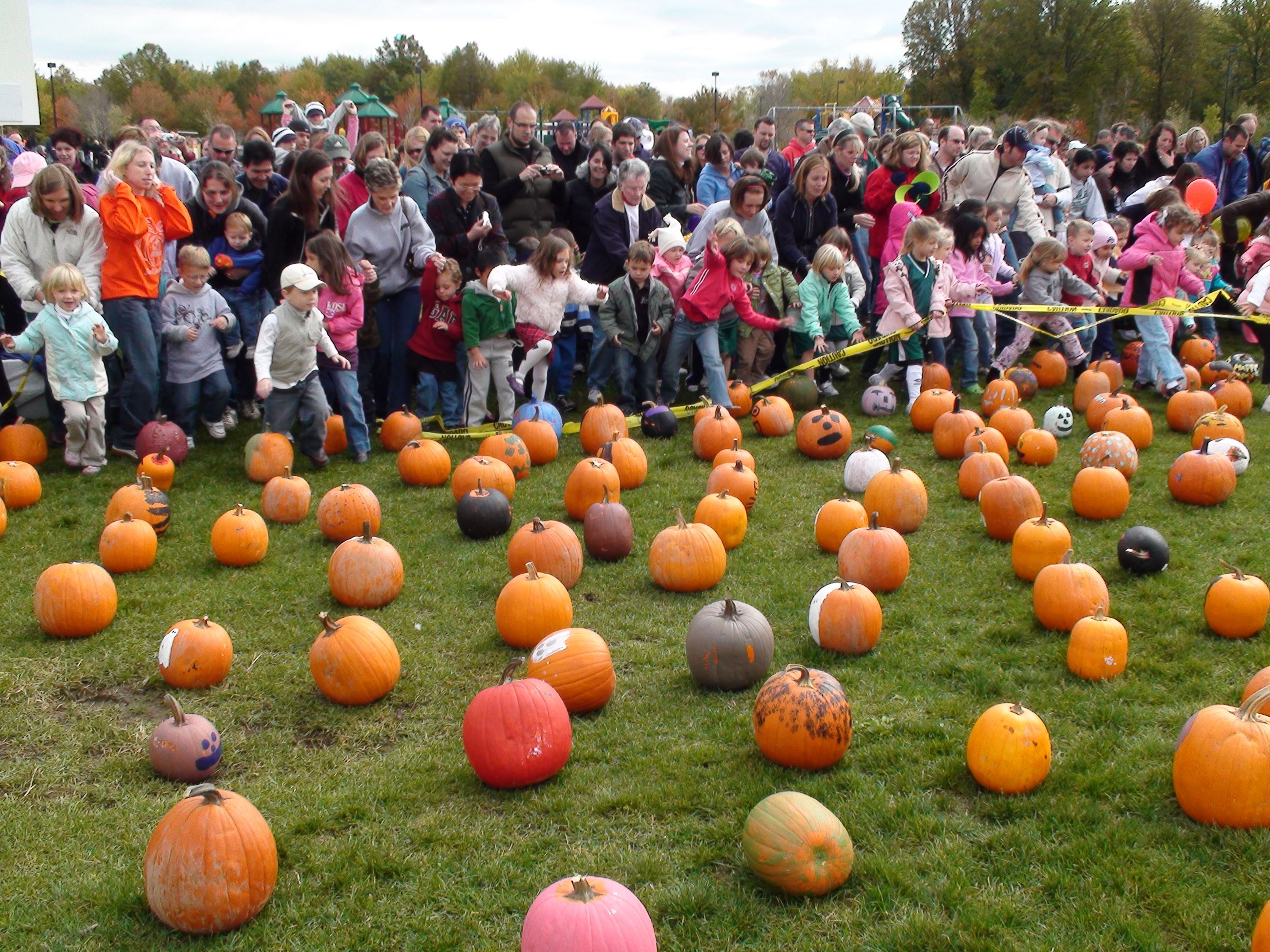 The 2019 Tree Lighting Ceremony was held on Sunday, December 1 at City Hall to kick-off the holiday season. Hosted by the Westlake Town Criers, they presented Andrew and Christine Mangels as the new Mr. and Mrs. Westlake for the upcoming year.

The Town Criers accepts nominations for Mr. and Mrs. Westlake throughout the year.