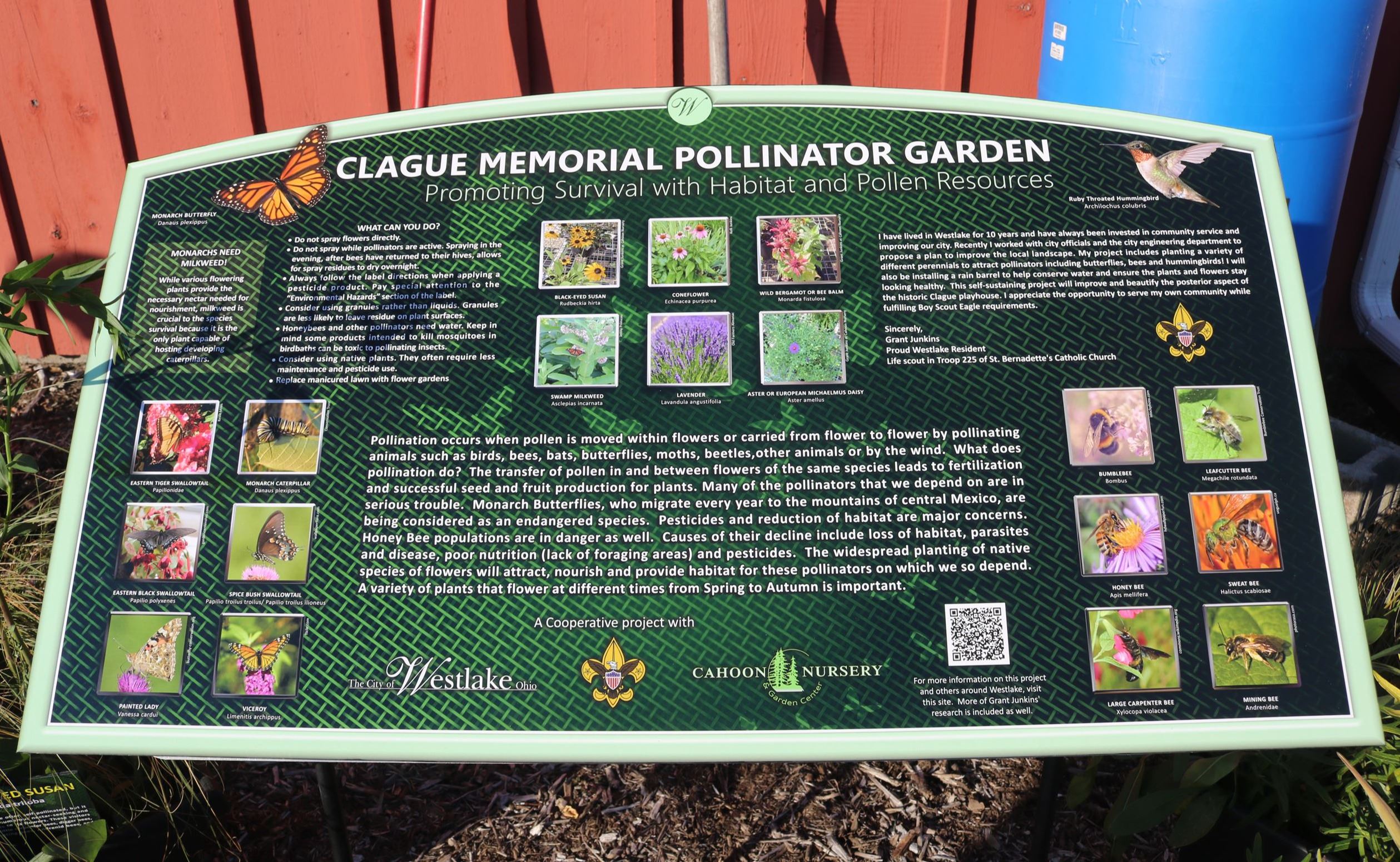 Local Eagle Scout Grant Junkins initiated a project in which he and his fellow Eagle Scouts will establish a sustainable pollinator garden in the City of Westlake, including the installation of a rain barrel for water conservation. Learn more about Grant and his decision to take on this project by clicking here.

A pollinator garden is a garden which is a source of food for many different flowers and plants that rely on pollinating insects and birds (such as butterflies, bees, hummingbirds, etc.).

Grant and several volunteers took advantage of some unseasonably warm weather on Nov. 6, 2020, and planted dozens of pollinator plants for the new Clague Memorial Pollinator Garden. Grant and others hope this will be the first of many pollinator gardens throughout the city. 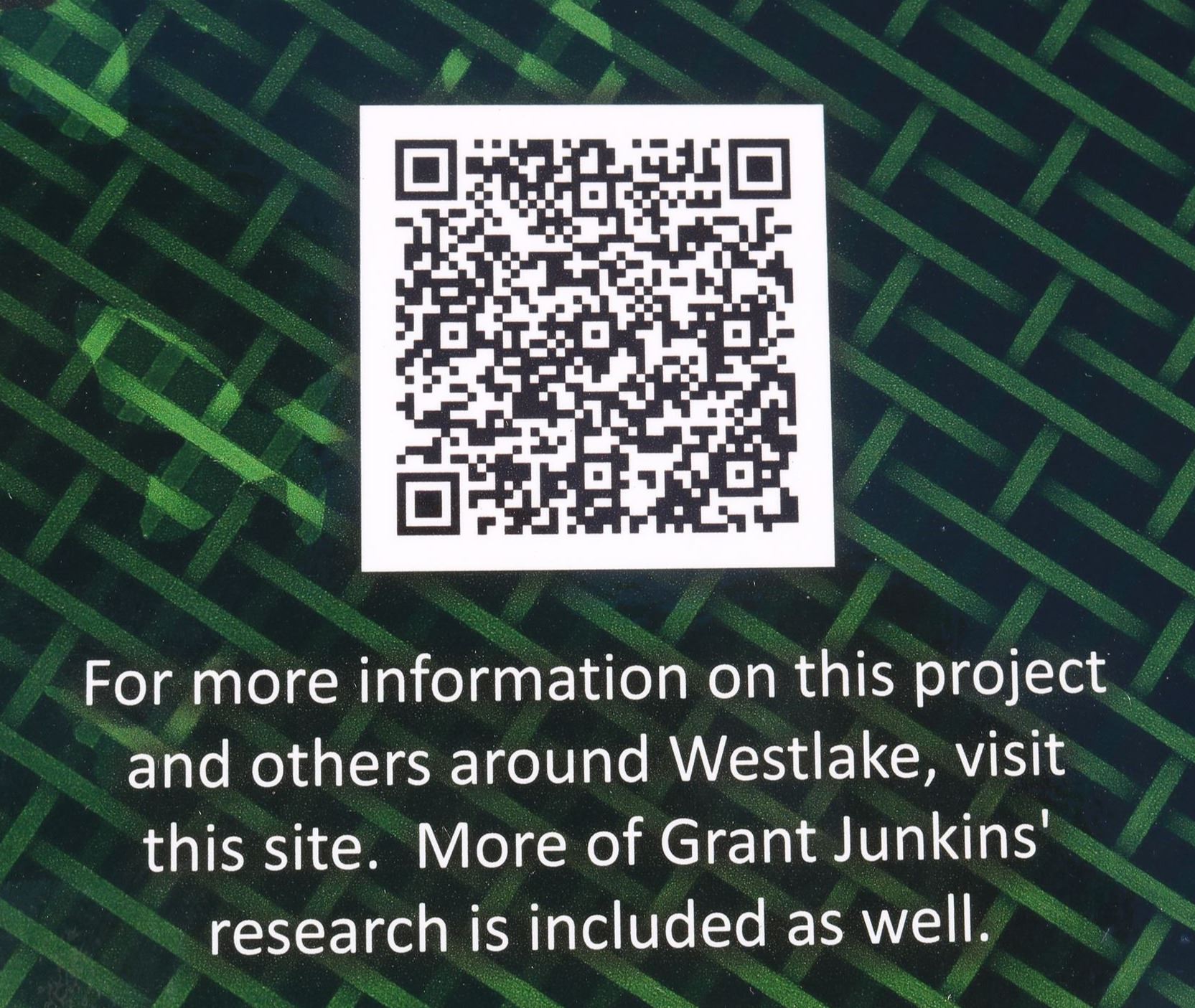 Date: Final dates will be decided per city and scout availability. 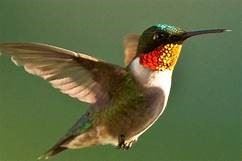 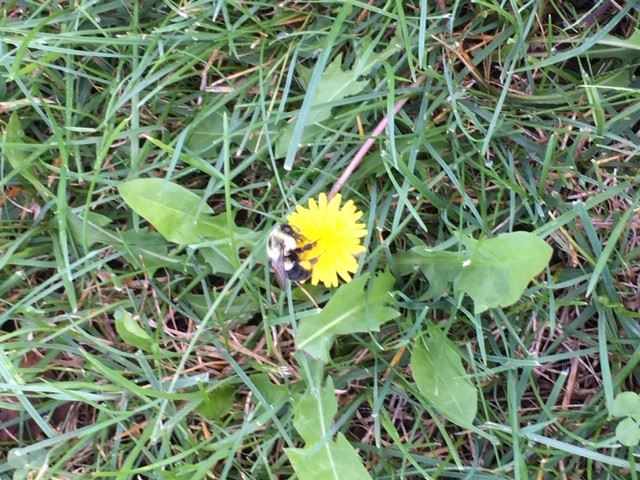 The leafcutter bee (Megachile rotundata) is well known for chewing leaves and petals to make its nest. This species of bee along with many others are of the first insects documented to create their nests out of synthetic materials. Like most bees, their diet includes pollen and nectar. The lifespan of a Leafcutter Bee is approximately 5-8 weeks. 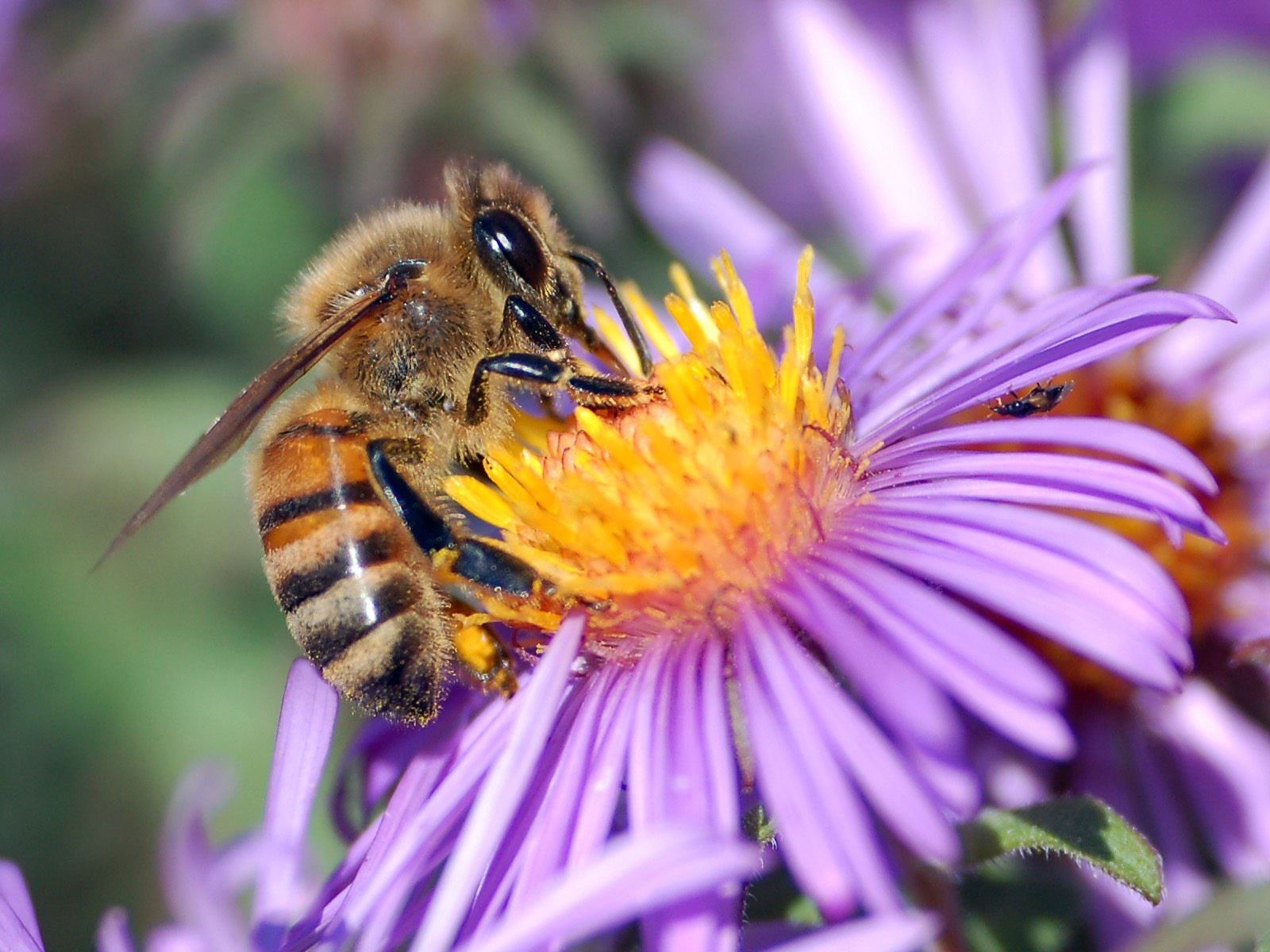 The most famous bee of them all, the honey bee, is the most commercial used kind of bee to make honey and beeswax! Honey bees are very cooperative and all work together to make honey and perform all the needed tasks for the hive. They all assist in building, protecting, and gathering pollen for the hive. Like most bees, their diet includes pollen and nectar. The Honey Bee males lives about eight weeks, but the Queen Bee can live several years. 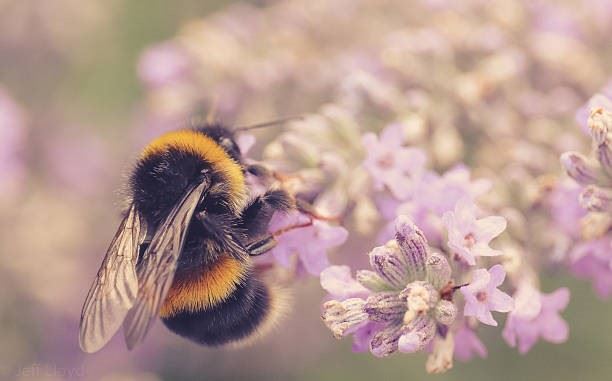 The bumblebee, also known as the humble bee, pollinates on cold, cloudy days when other bees are in their hives. They are well known for creating their hives in underground tunnels created by other animals and rodents. The bumblebee has soft hair called “pile” around their bodies which makes them appear and feel fuzzy. Like most bees, their diet includes pollen and nectar. The lifespan of a Bumblebee is two to six weeks. 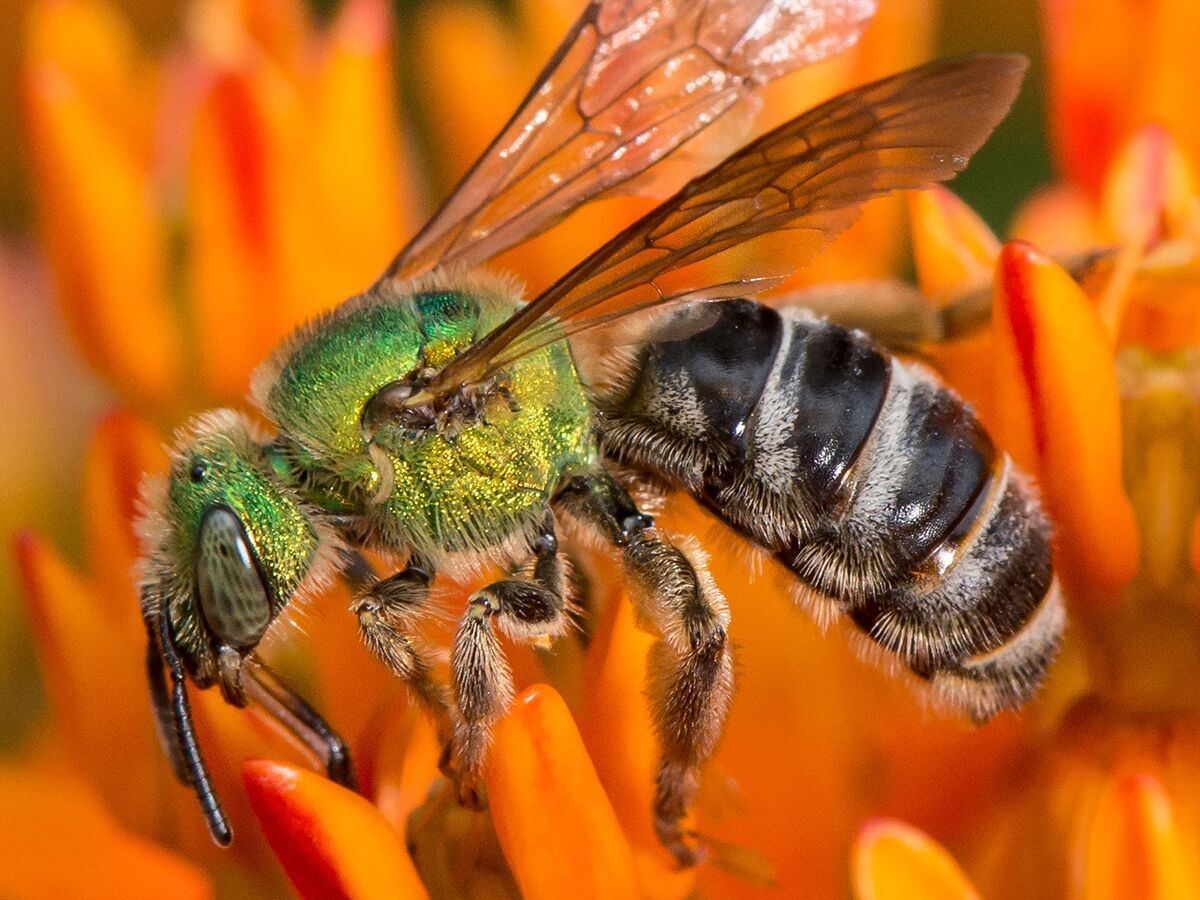 The Sweat bee is a very unique, and interesting bee. It comes from the Halictidae family. The Sweat Bee is attracted to salt which is in our sweat, and are known only to sting if they feel they are being antagonized. Like most bees, their diet includes pollen and nectar. They can be seen as metallic colored, or even dark-colored, in some cases. 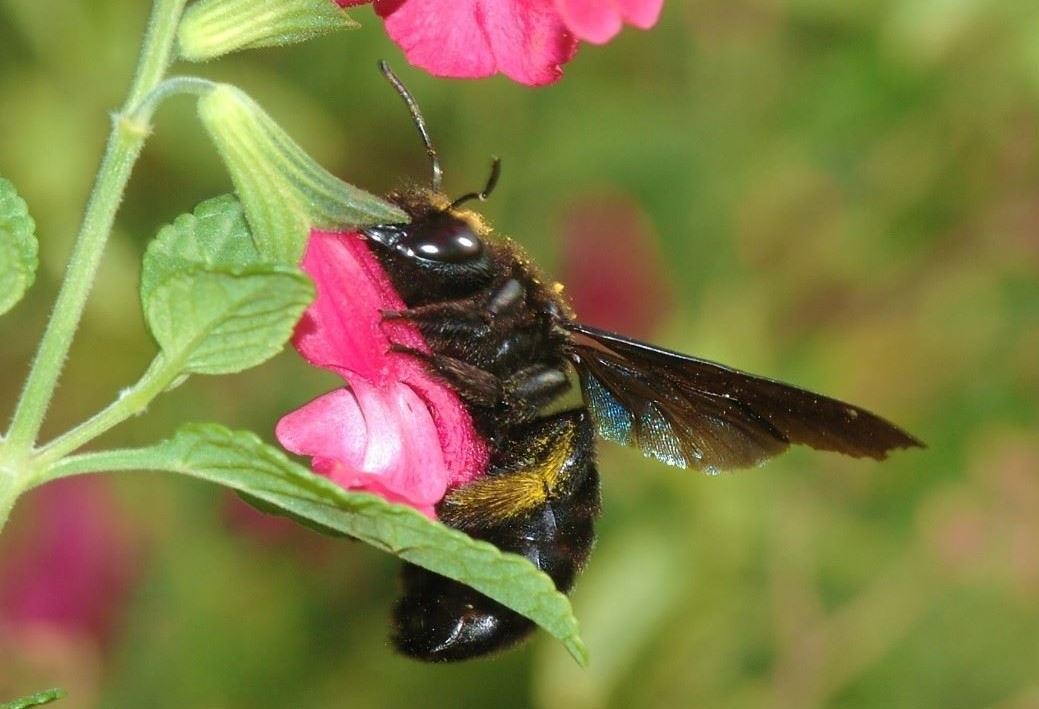 The carpenter bee gets their name for their tendency to burrow in unfinished wood, and make that their homes. Not only do they burrow into wood, they also dig into suitable soil. Though the Large carpenter bee can be confused with the Bumblebee, they can be told apart by the thick hair found on the bumblebee, and the carpenter bees shiny abdomen. The lifespan of the Carpenter Bee can be as long as one year! Like most bees, their diet includes pollen and nectar. 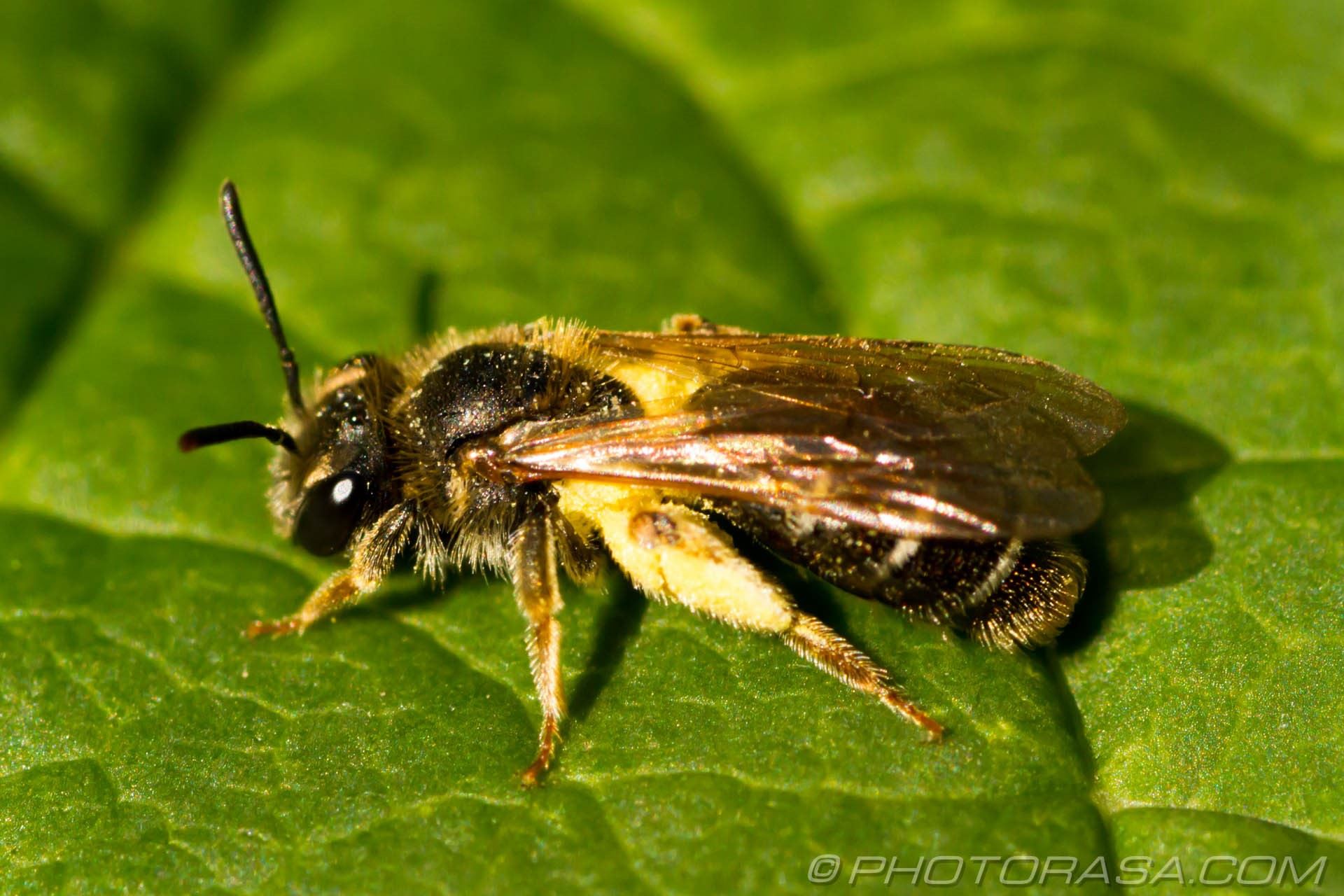 With its name showing how they live life, the females burrow into the ground which branches off into little “rooms” in which they stack nectar and pollen. From there the females lay their eggs. They are not aggressive and life only about 2-to-4 weeks. 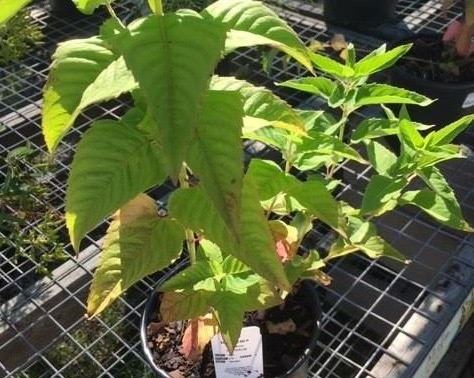 Bee Balm has beautiful bright carmine red flowers, which attract hummingbirds, butterflies and bees. In a scientific study, they found the most oil in this type of Bee Balm out of all of the others! The seed heads are also known to attract birds in the Fall and Winter. 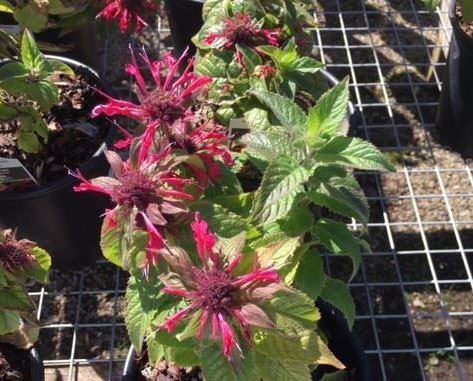 Wild Bergamot is a perennial wildflower in the mint family and is native to North America. It can have red to dark pink to lavender fragrant flowers. Wild Bergamot is known to be found in large clumps, and can be bloom from June to September. Some of its main uses are as a medicinal plant, honey plant, and an ornamental dried flower! 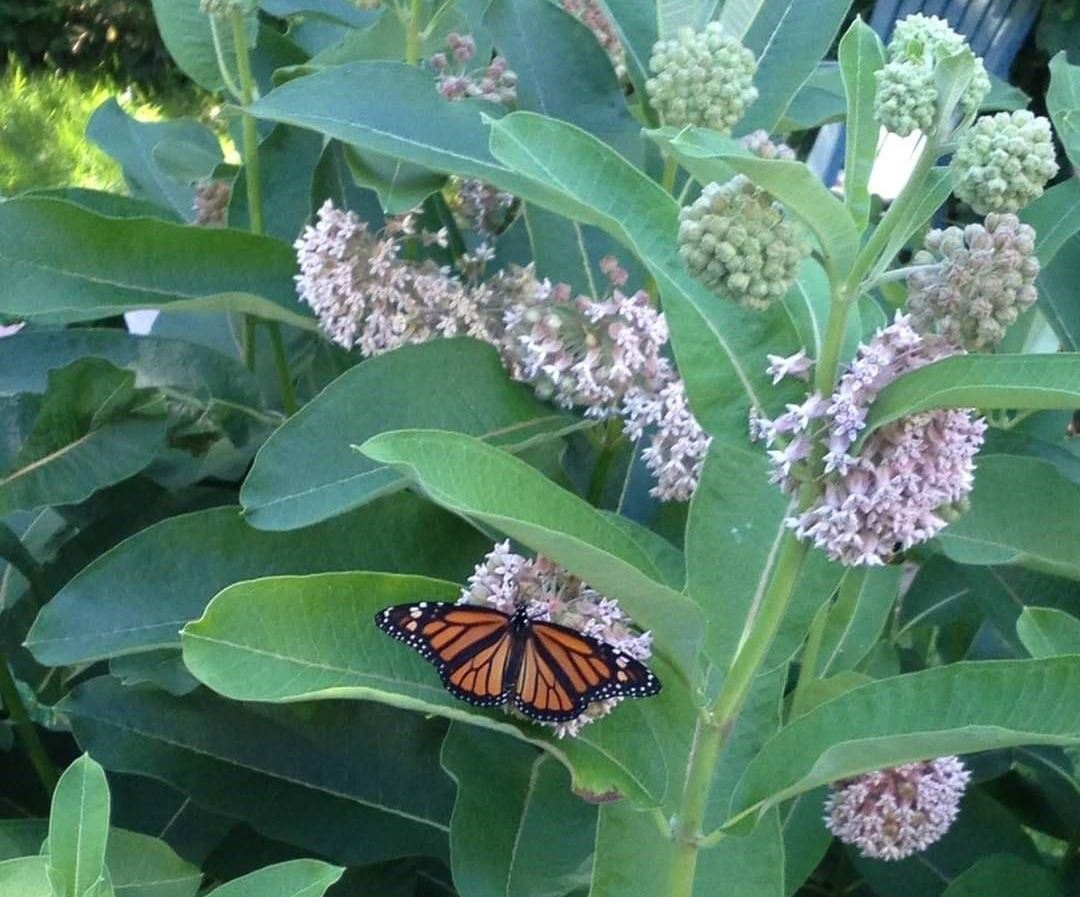 Swamp Milkweed is a herbaceous perennial plant native to North America. It can tolerate wet swampy area and grows in hardy clumps. It has a special kind of nectar which attracts many different pollinator insects including butterflies; specifically monarchs. It has latex-containing toxic chemicals within it which helps repel away any animals wanting to eat it for vegetation. It’s pink flowers bloom in midsummer. 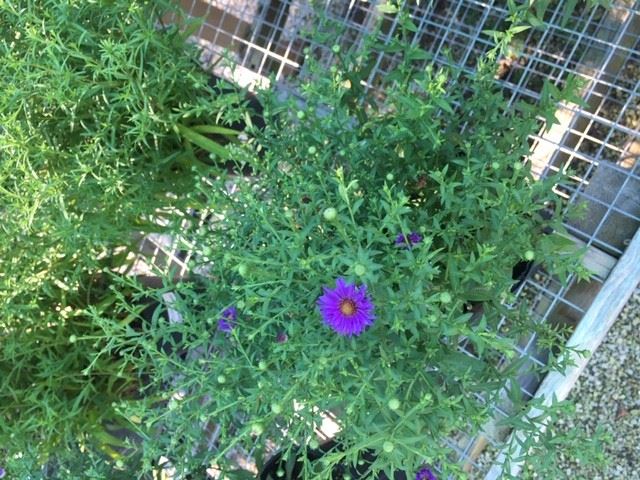 Asters are primarily perennial, but some are annuals or biennial herbaceous plants with blue, purple, pink, or white flowers from July to October. The word “aster” is Greek and means the word “star”. They came up with this name due to the star-like shape of its flowers! Butterflies and pollinating insects love asters. The flowers are edible and some people use aster to make tea. 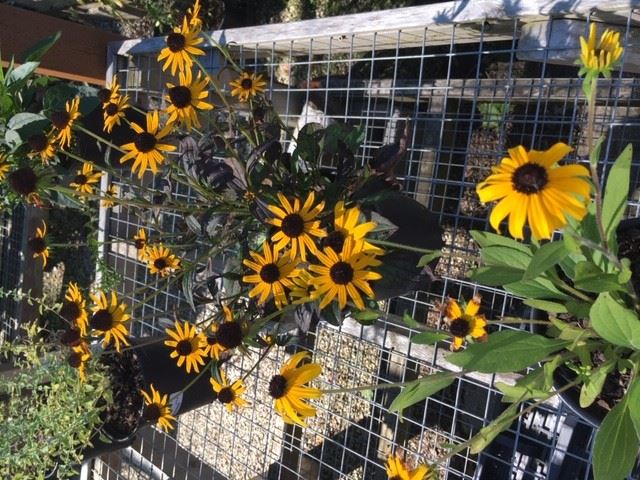 Black-eyed Susan is in the same family as the sunflower. It can be an annual or a perennial wildflower, and puts out flowers during summer and early autumn. Extensive breeding can also cause this flower to have many different colors! Flowers can be yellow, orange, red, or brown. Native Americans, like the Obibwa, used it as a diuretic, stimulant, and to treat snakebites and worms. If ingested it is toxic to cats. 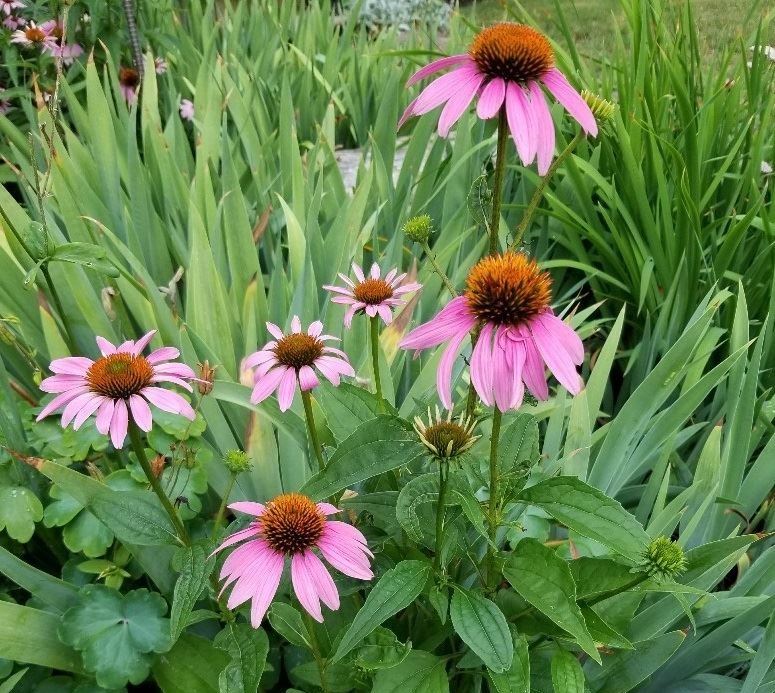 The coneflower is a hardy perennial and a part of the sunflower family! Because the flower is large and brightly colored (typically pink, white, purple, or red), it is considered to be an easy to see and an easy landing place for pollinators to rest. The flowers have lots of nectar and pollen. Birds such as yellow finches also enjoy eating the spiky seeds. This flower is most common in the Ozarks and the Ohio valley! It is often used to treat viral infections and strengthen the immune system, and can be found in summer, fall and sometimes winter.